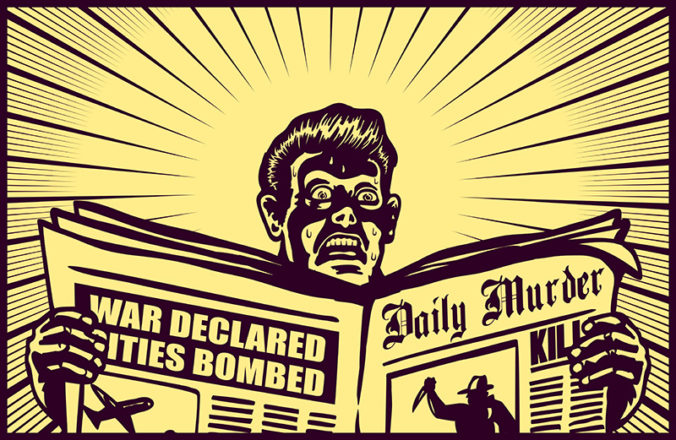 In the old days—when we walked 50 miles to and from school and were limited to analog reading material and only one flavor of Mountain Dew—attention-grabbing headlines were something along the lines of: “UFO KIDNAPS PRINCE CHARLES—CAMILLA GAINS 150 LBS!” Of course, these tactics were clearly sleazy, and only bottom-feeding rags would engage in this type of journalistic sham. However, even though we might have looked down our noses at such bottom-feeding rags, they were still making money. And that was the whole point.

Today, you’re not going to be publishing your own tabloids and inventing celebrity/UFO gossip, but you do have to make your content attractive to viewers. One of the ways you can catch the collective eye of your audience is through the strategic use of clickbait tactics.

Clickbait is essentially a transparently shocking or titillating headline that appears in social media feeds or search engine results. The stories advertised by such headlines never deliver on the headlines’ promises. For example: “WHAT HAPPENED TO THIS ‘PBS NEWSHOUR’ STAR WILL SHOCK YOU!” would be clickbait, as PBS correspondents are biologically incapable of shocking anyone.

You’re probably asking yourself: “Hey, doesn’t that mean that clickbait headlines are basically lies? How is lying to your audience a good thing?”

It isn’t! For headlines to benefit you in the long run, they should give the viewer exactly what the viewer wants. Although clickbait can generate tons of one-time traffic, if the headlines are consistently over-blown and sensational, the audience will eventually dwindle. It’s important to skillfully walk the razor’s edge between titillation and fraud. But how? Here are a few tips that will help make your content clickable without falling into the clickbait trap.

Listicle is a portmanteau of “list” and “article.” This used to be supplementary content used by newspapers and magazines—a corner of a page would be dedicated to “10 Tips” for something, but it wouldn’t generally be a main article. Who knew that the little footnote was what readers really wanted all along?

So, here’s a listicle template for easy reference:

While listicles have been the go-to format for easily-digestible web content for over a decade, you might be surprised to learn that listicles are just normal articles that have been framed in such a way as to highlight a different numbers of things. Literally anything can be a listicle; just find a coherent narrative theme, break it down into multiple parts, and you’re golden.

Quizzes are excellent content strategies for several reasons. One: They engage your audience with relatively little effort. Two: The skillfully crafted quiz format gives you the opportunity to assess the desires of your viewership—you’re basically getting them to take a survey without offering a gift card or $1,000 prize drawing. Three: Quizzes are shared on social media sites at considerably higher rates than other types of non-interactive content.

Shockingly, there’s a reason Pinterest is as popular as it is; it’s because we love strolling down memory lane. Remember Tamagotchis, Trapper Keepers, and “Wayne’s World?” Well, even if you remember them only vaguely, a shockingly large number of people hold these symbols of 1990s synthetic excess dear to their hearts. Combine old pop culture references with quizzes and listicles, and you’re practically guaranteed to go viral.

Everyone loves to laugh, but everyone really, really loves to laugh at people doing idiotic things. Comb through the deepest, darkest recesses of the internet, and you’ll find some hilariously horrifying pictures, many of which have already been compiled into ostensibly hysterical blogs. Once you’ve found more than five, go ahead and post yourself an “Epic Fail” listicle. If you’re truly adventurous, you can take a tour around your city and photograph restaurant and retailer signs that were written by people whose first language is something other than English.

Offer shortcuts, tips, tricks, and hacks for daily problems. Got a foolproof method for cleaning your oven in under 10 minutes with all-natural, non-toxic, homemade degreasers/disinfectants? Of course you don’t. That’s what the internet is for. Think of problems that your target audience would likely have, then Google fast and effective solutions, and include them in your content. This is called “content curation.” However, if you’re an inveterate do-it-yourselfer and actually do have heaps of great advice, then by all means, use it. In fact, we have no idea why you’re even reading this, as you’re clearly already an internet sensation.

Do your best to keep the headlines and the content related to your actual brand. If you sell medical supplies, having a blog titled “10 Reasons Why Shelley Long is No Longer a Star” might be somewhat confusing to your target audience.

Don’t use photos from other sites without permission or attribution. People get sued, you know.

Make it shareable and likeable.

Remember, you can use clickbait tactics while having valuable content. Engage your readers, provide content that they find useful and exciting, and the clicks will come. And if your headline is “10 Reasons Why Prince William is Transgender Illuminati,” you’d better have a darned reliable source.