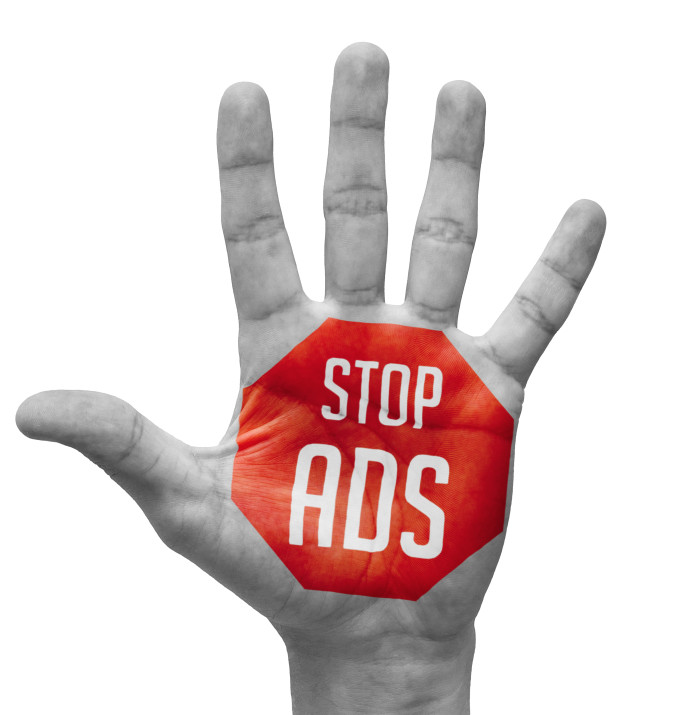 Advertisements: Love ’em, hate ’em, or ignore ’em, they are an essential part of the economics of content. Without ads, magazine subscriptions would cost hundreds of dollars per year, movie ticket prices would be even more insane than they already are, and you’d have to pay directly for each episode of “Dancing With the Stars.”

Perhaps even more important, there would be no Google, no Bing, no Yahoo, and perhaps no Facebook, all of whose business models depend heavily, if not completely, on advertising. And, in fact, many websites depend on banner advertising on their pages for revenue.

The Problem: Advertising on Mobile Platforms

Advertising on web pages has historically ranged from the somewhat useful to the mildly annoying to the downright creepy. (Ever Googled a product and instantly, the ad-supported websites you visit are festooned with advertisements for that product? You are being tracked!) It usually wasn’t a huge problem on full-size computers and laptops, where the ads didn’t obscure the content on the sites you were visiting.

But with increasing numbers of users accessing websites from phones and other mobile (i.e., small) devices, two problems arise:

Apple has heard their customers’ complaints about ads on mobile devices and has done something about it…sort of. The Safari browser included in iOS 9 provides an easy hook for third-party extension developers to provide ad-blocking add-ons for Safari. (Note that Apple doesn’t provide the ad-blocking software itself; it just made it easier for third-party developers to do so.) This applies only to web-based advertising and doesn’t touch advertising on iOS mobile apps at all.

Understandably, content providers and advertising companies are not thrilled about this. No one has yet come up with a workable way to monetize content that doesn’t involve advertising. So making ad blockers easy to build for what is, by some measures, the most popular mobile platform on the planet doesn’t sit well with companies whose existence depends on the ability to deliver ads. (Don’t look for Google to provide the same capability to Android anytime soon.)

If you don’t host advertisements on your site, you’re all set.

If you do, prepare for a revenue hit because those ads will be seen by fewer eyeballs and have fewer clicks.

What can you do? The blunt reality is, not a whole lot.