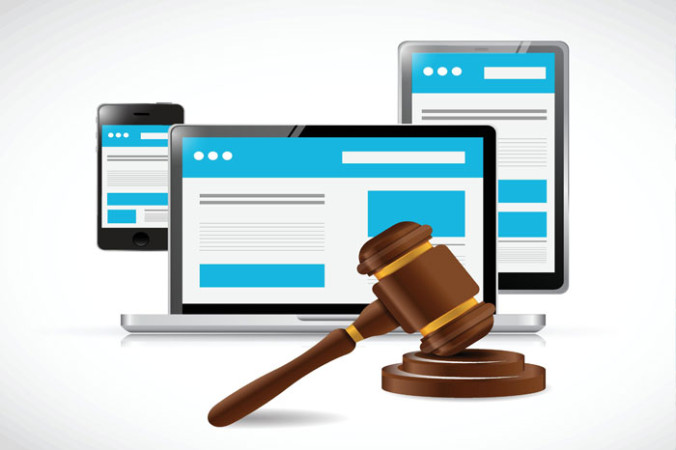 How do you know if your web site is legal? Well, if you aren’t engaged in some criminal enterprise, such as tearing the tags off of pillows (you know, the ones that say “NOT LEGAL TO REMOVE THIS TAG”), that’s a good sign. Even then, however, you could be on the wrong side of intellectual property (IP) law, if you aren’t careful.

What is IP? Essentially, it boils down to valuable (or potentially valuable) creations of the mind, such as inventions and creative expression (art, music, books, even this blog post). In the U.S. there are laws that protect the owners of IP. The three types of IP in the U.S. are copyrights, trademarks, and patents.

One of the downsides of the Internet is that it is way too easy to download and use other people’s content without their permission. Copyright is the legal framework that protects the ownership of creative works such as writing, images, and sound and video recordings. Unlike patents and trademarks, you don’t have to apply for a copyright; the moment you create it, it’s copyrighted, and you have legal control over it, generally for the next 75 years in the U.S. After the copyright expires, it’s in the public domain, which means anyone can use it without permission or compensation.

Some people accused of appropriating content attempt to defend themselves by claiming “fair use.” The idea of “fair use” in copyright law is that there are instances where the uncompensated reproduction of a copyrighted work is considered fair, such as in news reporting, teaching, and research; even in these cases, standard practice calls for proper attribution of the original creator. Using someone’s photo as a decorative element of your web site is unlikely to be considered “fair use.”

You can avoid copyright issues by ensuring you (or your designer) get your images from reputable sources, such as stock photo and image services, or create them yourself. For written material, there are web-based services that can subject your text to a web search and let you know if it has been lifted from another source.

Trademarks are words and symbols that organizations use to identify their brands. The name or logo is often among a company’s most valuable assets. In the U.S., trademarks are registered with the U.S. Patent and Trademark Office (USPTO) and are enforceable as long as the owner continues to renew it with the USPTO and actively protects it.

“Actively protecting” is important, because failing to go after those who misuse your trademark risks losing protection for it. That’s why big corporations will spend big bucks on high-powered attorneys to deal with trademark infringement.

The best way to avoid trademark trouble is to avoid other people’s trademarks. Even if your name is McDonald and you run a hamburger restaurant, you probably won’t be allowed to call it “McDonald’s.” And don’t even think about using anything that looks like the golden arches in your logo.

Patents protect inventions, and inventors have to apply to the USPTO to receive a patent. This wouldn’t concern most web site owners, except that the USPTO considers certain software implementations to be legitimate “inventions.” (Some legal scholars disagree on this point, but unless the patent law is changed, the USPTO’s policy stands.) Your garden-variety Javascript code won’t raise any eyebrows, but web sites that incorporate more sophisticated features run the risk of stepping on someone’s patent. For example, Amazon holds a patent for “one-click checkout,” and if your e-commerce site has something substantially similar, you could start getting nastygrams from Amazon’s attorneys.

To protect yourself, you should make sure your web developers have properly licensed any software technology they didn’t create themselves. Many technologies can be licensed free of charge as long as you observe certain requirements and limitations.

None of the foregoing should be considered legal advice; if you think you might have an IP problem with your site, consider consulting an attorney; there are many who specialize in IP law. But by following these guidelines, you might sleep better at night, knowing you are on the right side of IP law…if not for that infernal scratchy tag on your pillow.