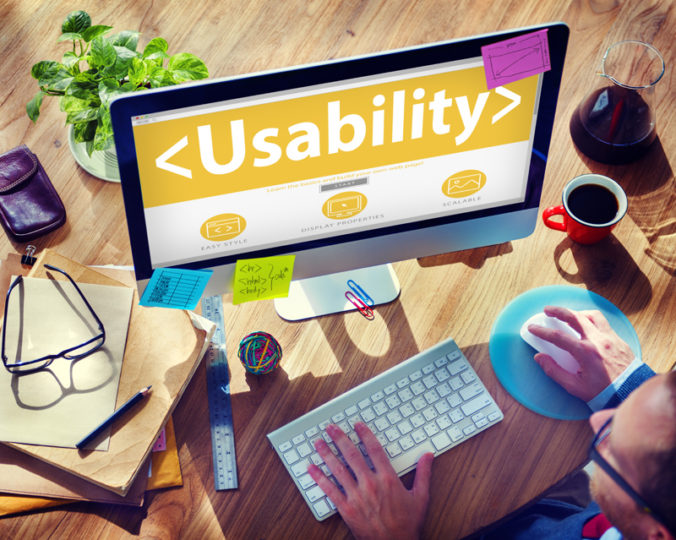 Have you ever visited a website that was so hip, so cool, so modern, that you couldn’t figure out how to navigate around in it? Or used a software program that crashed because of an “unknown error”?  These are symptoms of poor usability. It’s a common problem in the world of computers (and devices in general), but fortunately, it’s a problem that is easily identified and solved through usability testing.

The usability of a device, program, or website is an assessment of how easy it is to use. Usually, something is considered usable if someone with no advance training can figure out how to use it without any kind of outside assistance. Obviously, this is subjective – something that is inherently obvious to one person might be completely inscrutable to another. Also, it’s not possible to make everything completely intuitive to everyone – some things do require instruction, either in advance or while using them.

From research, however, we know some basic principles that can be applied to any device or software to maximize its usability. For example:

How Do You Know It’s Usable?

Unfortunately, it’s not enough to merely follow the principles of good usability to ensure that your website is usable. The good news is that it’s fairly easy (and inexpensive) to evaluate its usability through testing.

A usability test can be as fancy or informal as you like. Professional usability testing labs feature multiple video cameras watching the user, plus the video capture of what is happening on the screen, observers behind one-way glass, and more. Your testing can be as simple as sitting someone down in front of a computer and asking him or her to perform a few tasks. You will be surprised how much you can learn from such a modest test.

There are a few things you need to consider before you do any testing:

Ideally, during the test you should observe only. Avoid the temptation to offer help or advice, unless the user is totally stuck and frustrated. Here are some things to look for:

After the test, ask your users some open-ended questions about their experiences with the test and how they think the site could be improved.

When you have compiled your results, share them with your web developer and designer. The tweaks they make as a result of your findings will improve your site immensely, and they’ll get you closer to your goal:  happy, profitable visitors.