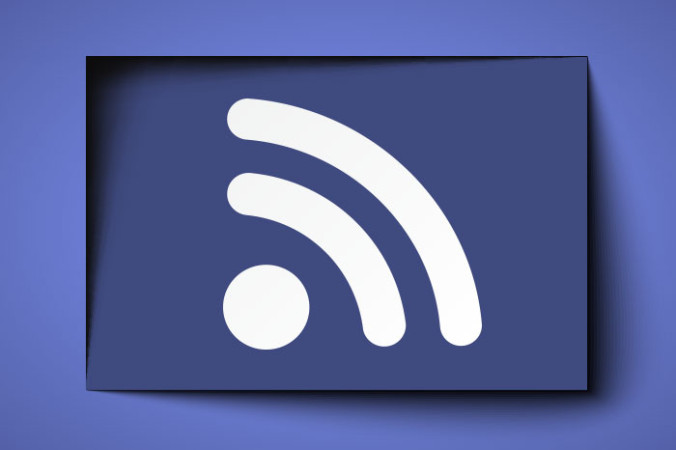 Gather ’round, children, and hear the story of a once-great communication technology that has all but disappeared from the Internet. For those of you who have forgotten, or are too young to remember, it was called RSS, which, depending on whom you asked, stood for Rich Site Summary, RDF Site Summary, or Really Simple Syndication.

With a piece of software called a feed reader, you could subscribe to RSS feeds from various sources – news sites, blogs, podcasters, video providers, and more – and receive summaries of new content automatically as soon as they were published. No more making the daily rounds of your favorite websites to get your information – the information came to you.

RSS got its start in the late 90s and was enormously popular by the mid-00s, but its star has been fading since then, and few people use it today. Nowadays, people rely more on Twitter and Facebook to have content pushed their way. Many people like having the social angle—not just the news, but what their friends think about it.

There are other reasons for the decline in the popularity of RSS. For instance, an RSS feed typically sends the entire content of an article or blog post to the feed reader—there is no need for the user to visit the site that the content came from. For sites that depend on advertising, the loss of visitors can mean a revenue hit. Some sites started sending only partial feeds—users had to click on a link in the partial feed to go to the site that had the whole thing, which was irritating to those who were accustomed to being served the whole enchilada.

But if so few people are using it, why do those little orange RSS icons still appear on large numbers of websites? And, perhaps more important, should you bother enabling RSS on your own site?

Enabling RSS is not difficult or expensive. Many blog platforms, such as WordPress, have it built-in. The risk of implementing it, therefore, is quite low—it doesn’t hurt anything to have it. And if RSS truly has been abandoned by most users, it won’t hurt your bandwidth, either.

It’s quite possible, too, that rumors of RSS’s death are exaggerated. There are applications out there, such as Flipboard and Pulse, that rely on the RSS standard, even if they don’t call themselves “RSS feed readers.” There are also some efforts by developers to pick up where Google Reader left off after Google discontinued the product in 2013. (The uproar that ensued when Google Reader was discontinued shows that there is, indeed, a small but hardcore population of RSS users.)

Aging RSS Standards and the Dawn of Social Media

On the other hand, the RSS standard hasn’t been updated since 2009, and it hasn’t had a major overhaul since 2003. Although this is good for stability—there’s little danger that today’s RSS feeds and readers will be incompatible tomorrow—the lack of movement in the standard might indicate that interest from the development community has waned. Without consistent development support, it’s difficult for a standard to keep up with changing times and technologies.

So it really comes down to knowing your audience and how they want to consume your content. Do they use Twitter? Or Facebook? None of the above? Believe it or not, there are still people out there who have never used Twitter and have no desire to do so; it’s the same with Facebook. If this describes your audience, you probably ought to make that RSS feed available, or keep it if you already have it. But if your audience can’t imagine how the human species survived without social media, you might safely abandon RSS and invite them to follow your tweets and posts. And if you have a significant number of each, just do them all and keep everyone happy.