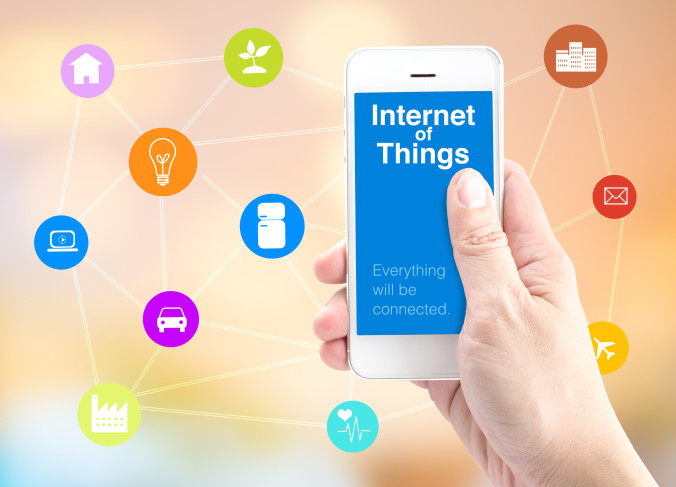 It probably has not escaped your notice that there has been a lot of chatter lately about the Internet of Things (IoT). In case you’ve missed it: IoT is the notion that pretty much everything—from refrigerators, automobiles, and industrial machines to environmental sensors, surveillance cameras, and baby monitors can be equipped with circuitry that enables them to connect to the Internet, providing information continuously or on demand.

“OK,” you say. “I can see how an Internet-connected rain gauge would be useful, so I can find out how much it’s been raining without actually going outside, but why a refrigerator?” Consider this: Imagine that your refrigerator is outfitted with sensors that can tell what items are running low or are about to expire. Time to restock! But instead of merely texting you, “Pick up some milk on the way home,” it checks your online meal plan—which is determined, in part, by data from your Internet-connected fitness monitor—puts together a shopping list, and orders everything from the grocery store, which employs an Internet-connected robot to load an Internet-connected autonomous delivery vehicle, which brings your groceries right to your door. And if your fitness monitor says you haven’t exercised enough this week, that carton of cookie dough ice cream won’t be there.

Sounds far-fetched? It is, but not by much. Many Internet-connected devices are already on the market (and some have already been hacked, but that’s a story for another time). In any case, every device in the IoT universe will need to be accessed, managed, configured, and manipulated at some point by a human being. Doing so will require a more familiar Internet-connected device, such as your laptop or smartphone. And this, commonly, will mean new web design and development techniques.

So what kinds of design considerations will be needed to enable users to interact with IoT devices?

Testing an IoT website is quite a bit more complicated than it is for a traditional website. Now you have to consider cases such as:

The advent of the IoT presents many opportunities to create new, innovative, and useful applications to make our lives easier. Web developers should be prepared for this new world because users will rightfully expect to be able to use these new devices reliably and without fuss. Your Internet-connected refrigerator is on its way—get ready!