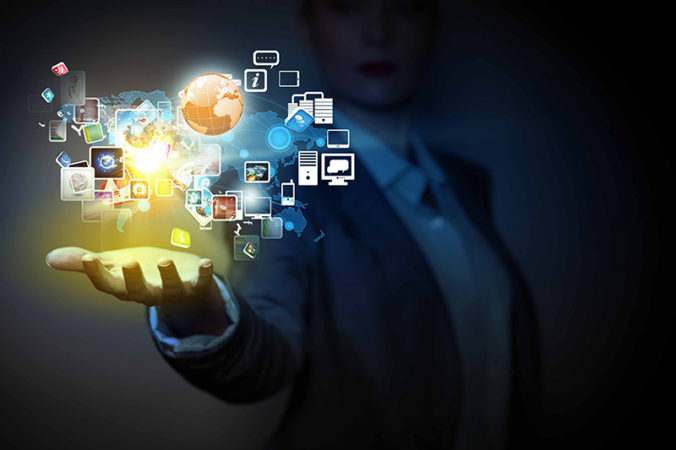 The internet is now so much an intrinsic, ubiquitous part of our society that we take our connectivity for granted: Like electricity, we don’t notice it anymore until it stops working. The Associated Press—and thus, most U.S. news organizations—does not even capitalize the word internet anymore.

But because the internet is such an important part of our lives and our livelihoods, it’s worth asking: Who runs the internet, anyway?

Everyone, and No One

There is no single entity—commercial, governmental, or academic—that “runs” the internet. Instead, there are a number of cross-functional, trans-national bodies that collaborate on different aspects of internet governance. These organizations have representatives from diverse communities to prevent undue influence from any one interest group or point of view.

One of the underlying principles of the internet is the fact that everyone has to agree on and adhere to standard technical protocols, or the interoperability, and therefore usefulness, of the internet falls apart. Take email, for example: The reason you can email anyone with an email account anywhere in the world is that all email servers speak the same “language.”

These standard protocols, such as the Simple Mail Transfer Protocol (SMTP) for email, Hypertext Transfer Protocol (HTTP) for Web traffic, and Transfer Control Protocol/Internet Protocol (TCP/IP) for getting the data from one place to another, are developed by “working groups” within the Internet Engineering Task Force (IETF), an international body made up primarily of engineers, software developers, and academics. Development of these protocols can take months, sometimes years, of painstaking design and debate.

Closely related to the IETF is the Internet Research Task Force (IRTF), responsible for carrying out long-term technical research that ultimately will guide the development and maintenance of current and future standard protocols.

The IETF and IRTF are both supervised by the Internet Architecture Board (IAB).

Perhaps the most visible aspect of internet governance for most users, and particularly domain-name owners, is the system that relates human-readable domain names (such as google.com) to the numeric server addresses (such as 172.217.4.142) understood by the network infrastructure equipment. The governing body for this service is known as the International Corporation for Assigned Names and Numbers (ICANN), a nonprofit company that operates under contract from the U.S. Department of Commerce. Among other things, ICANN controls the top-level domains—the familiar .com and .net at the end of a web address. This is one of the few internet governance organizations that is closely controlled by a single entity—the U.S. government—and this fact has stirred some controversy over the years.

In addition to ICANN, there are five Regional Internet Registries that handle the registration of domain names in different parts of the world, as well as many for-profit domain registrars.

From an infrastructure perspective, numerous entities, both private and public, own and operate the routers, servers, and physical networks (fiber optic lines, undersea cables, and so on) that keep the traffic moving.

At the top of the heap is the Internet Governance Forum (IGF), an organization comprising all stakeholders whose purpose is to debate and decide on current and future issues of internet governance.

Who Pays For It All?

Obviously, it takes money to run the internet, from the servers and cable systems at the bottom to the research and protocol development to the international forum for discussing governance issues. Where does this money come from?

For the infrastructure, funding is largely from subscribers to internet service providers (ISPs), who in turn pay network operators for access between networks.

Governance activities are paid for largely by stakeholders, such as major internet-related companies, governments, and academic institutions.

Not really. Aside from the purely technical aspects, which for the most part are fairly straightforward, there are significant higher-level debates regarding security, privacy, censorship, and the gap between internet haves and have-nots, among other topics. But as long as the technical foundation remains sound, the internet will continue to be what, at bottom, it is today: A global channel for the exchange of ideas and information.